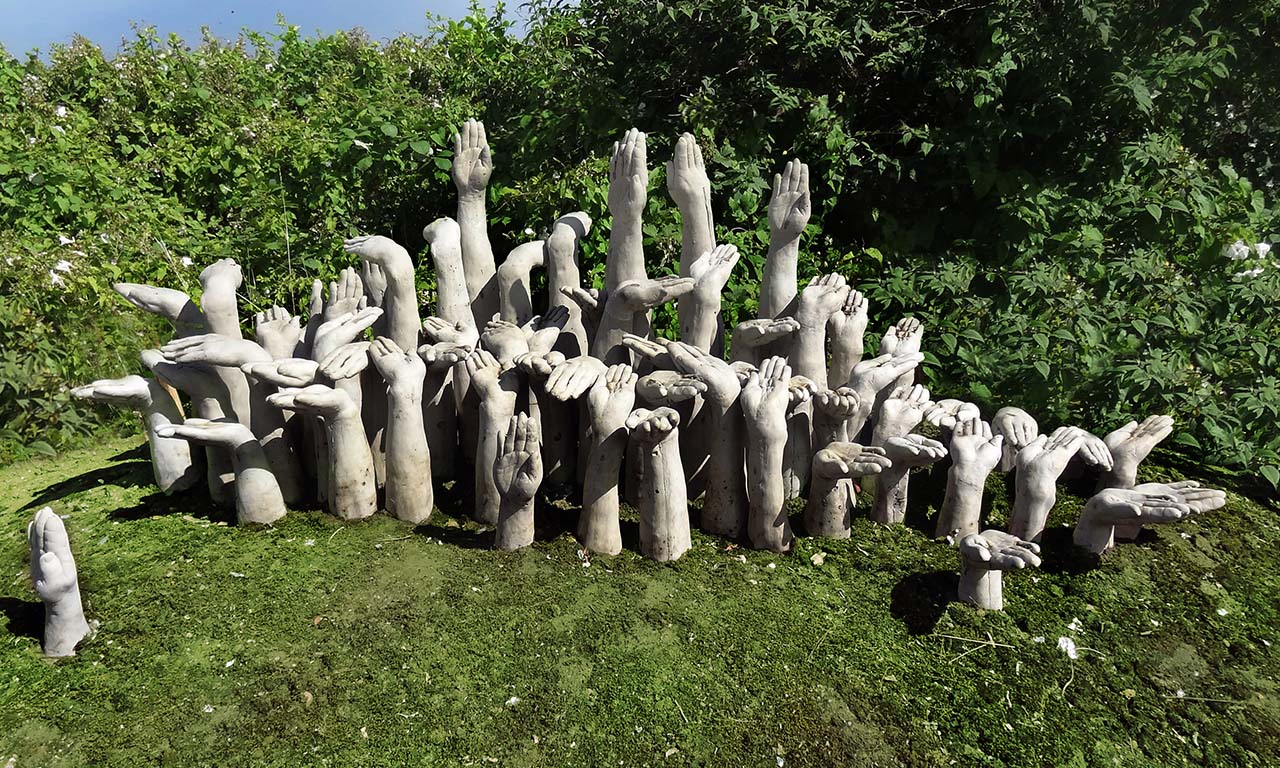 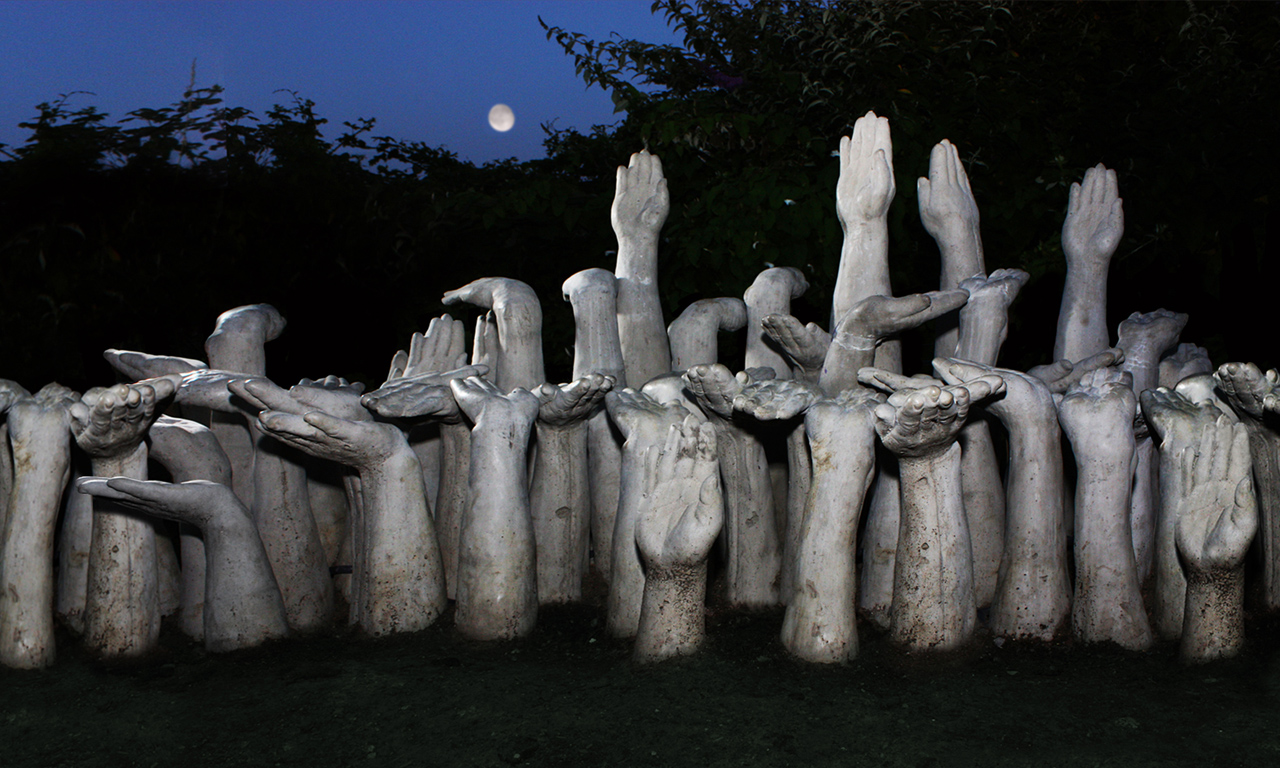 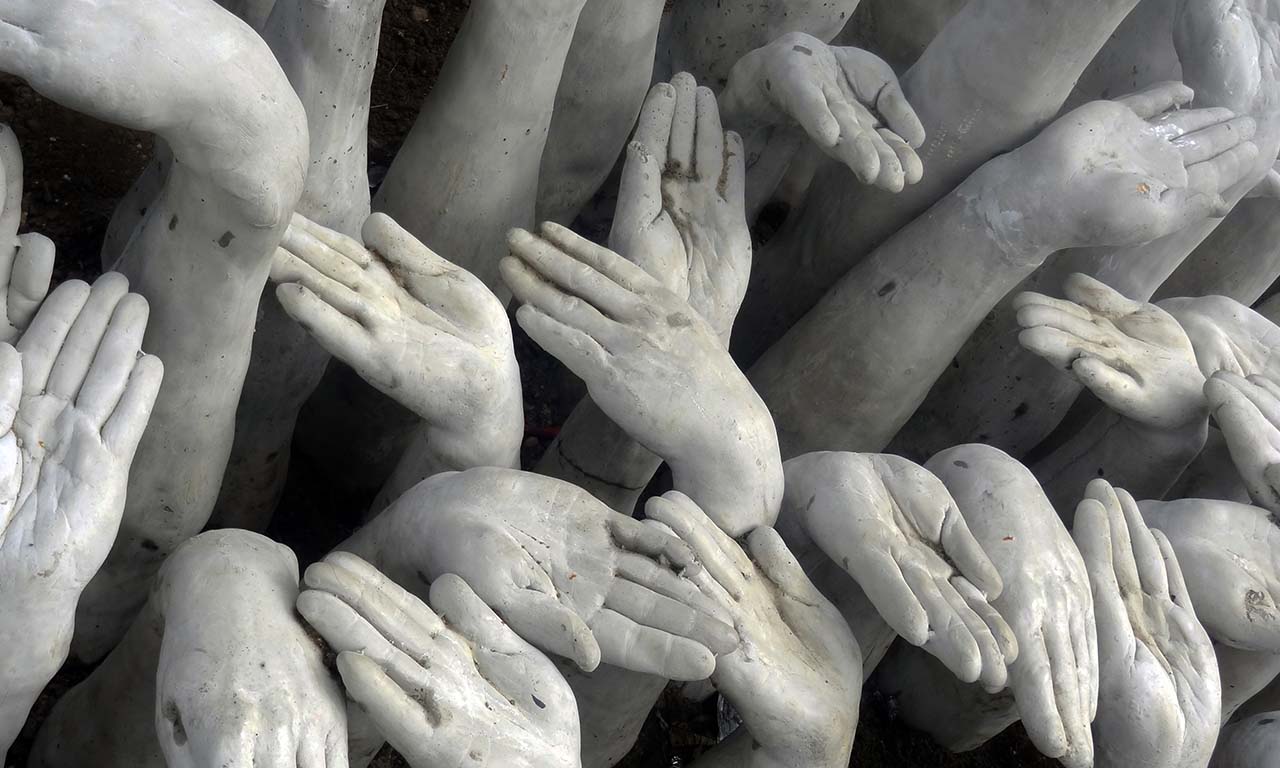 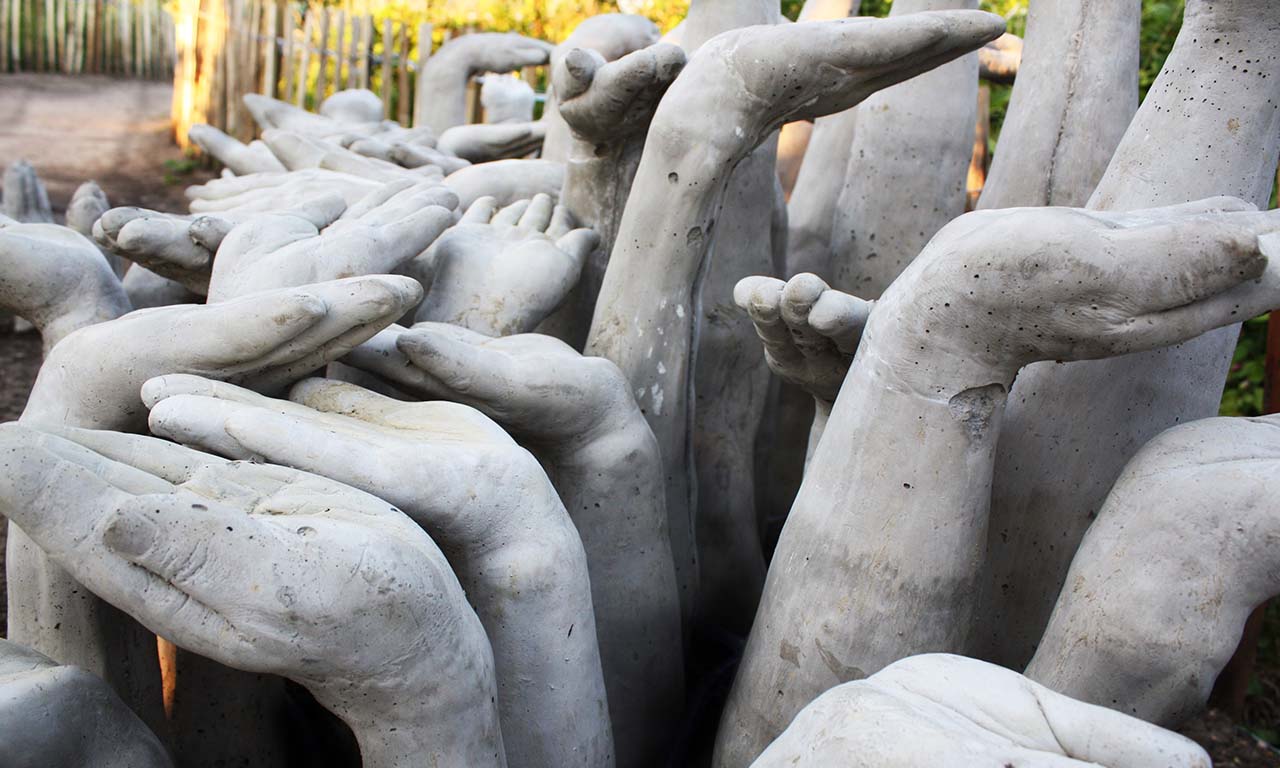 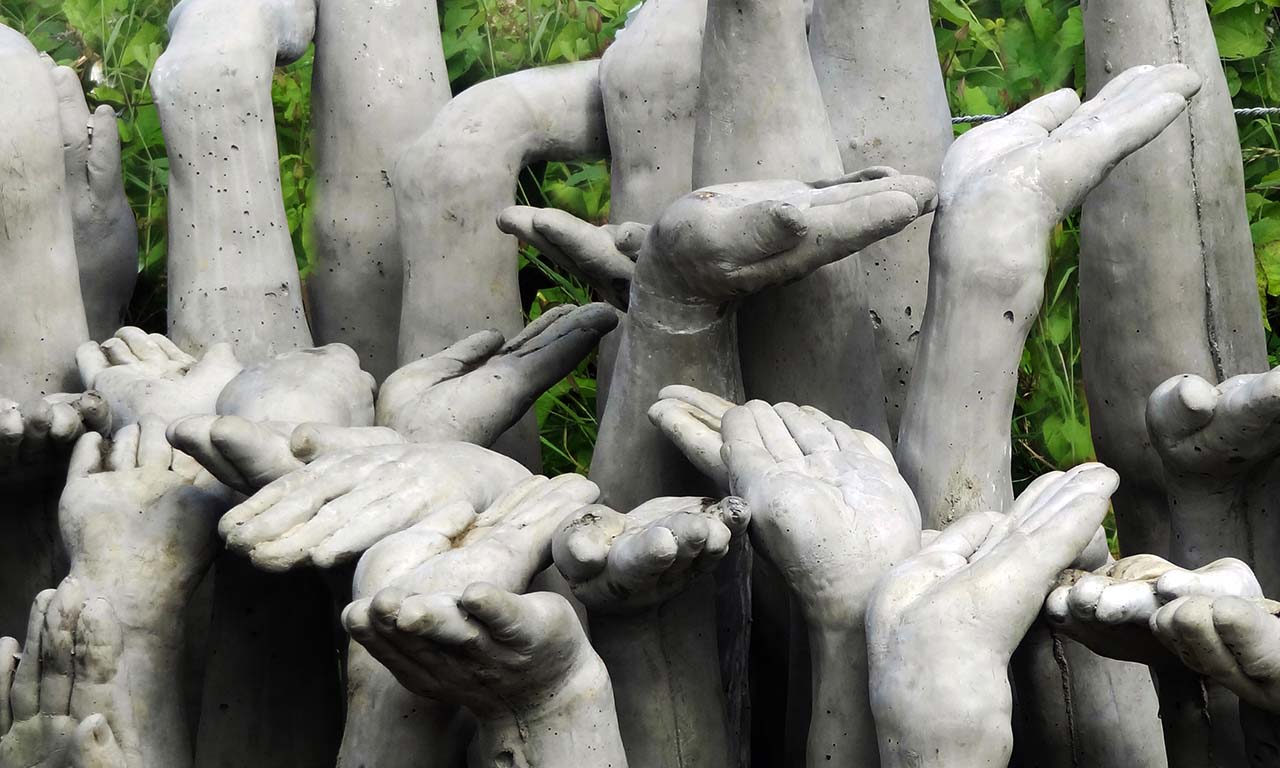 Much more than your everyday park bench, Zombie Bench is a landscape made of more than 70 unique prefabricated concrete arms that reach out of the ground as if emerging from an unseen tomb. The arms were created using a rubber foam mould cast from an actual human arm. The mould is filled with glass reinforced concrete at varying depths depending on the length of arm required.

Zombie Bench was a winning design in the 2012 Royal Institute of British Architects Pews and Perches competition. The competition called for young designers to create benches for the Royal Victoria Docks London Pleasure Gardens site in Newham, East London.

Although the Pleasure Gardens were short lived, the Zombie Bench still remains. Hidden deep within the brambles of the abandoned site, remarkably still standing after all this time… Click here to see the Zombie Bench in it’s current, even more spooky state!