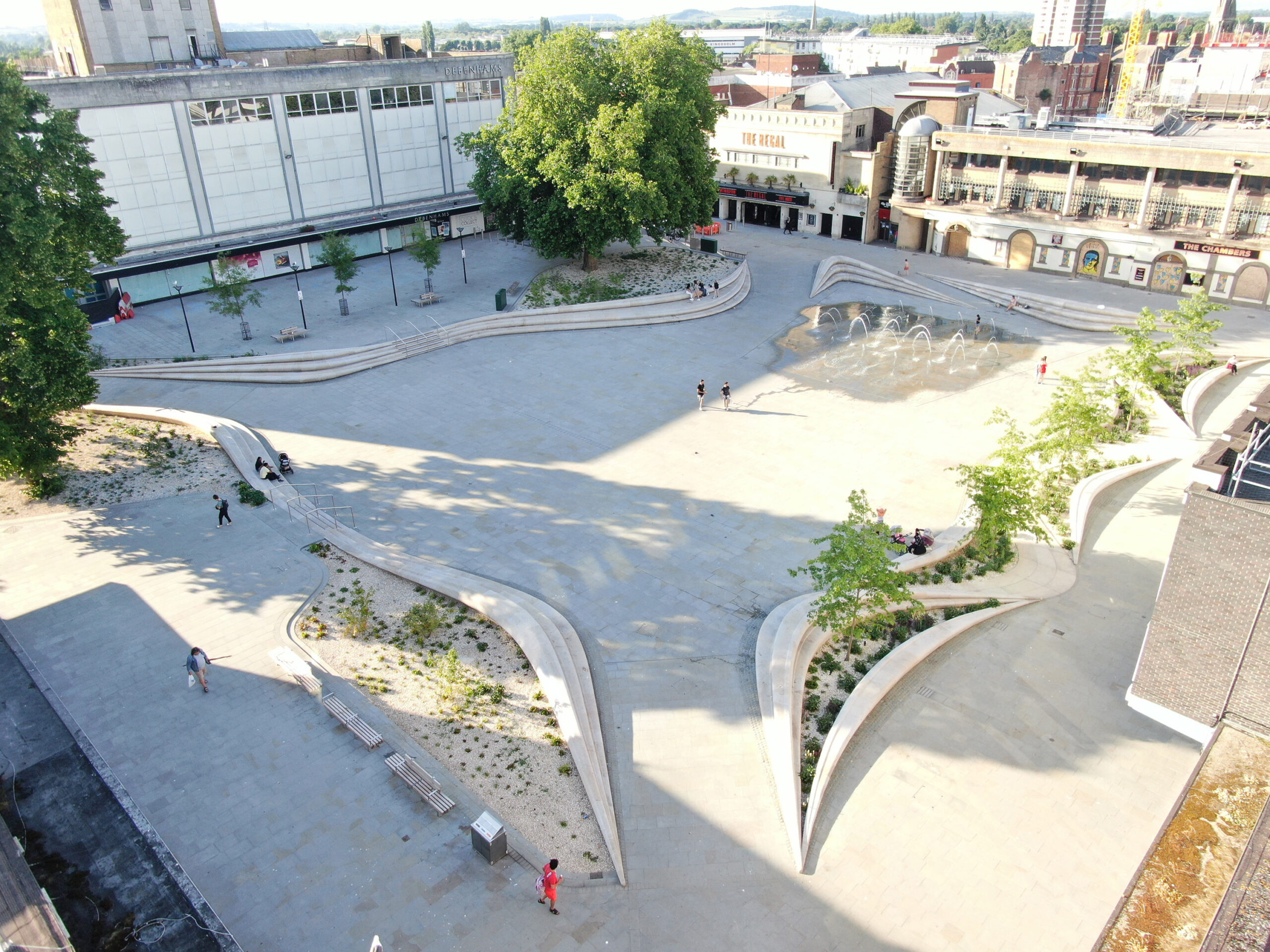 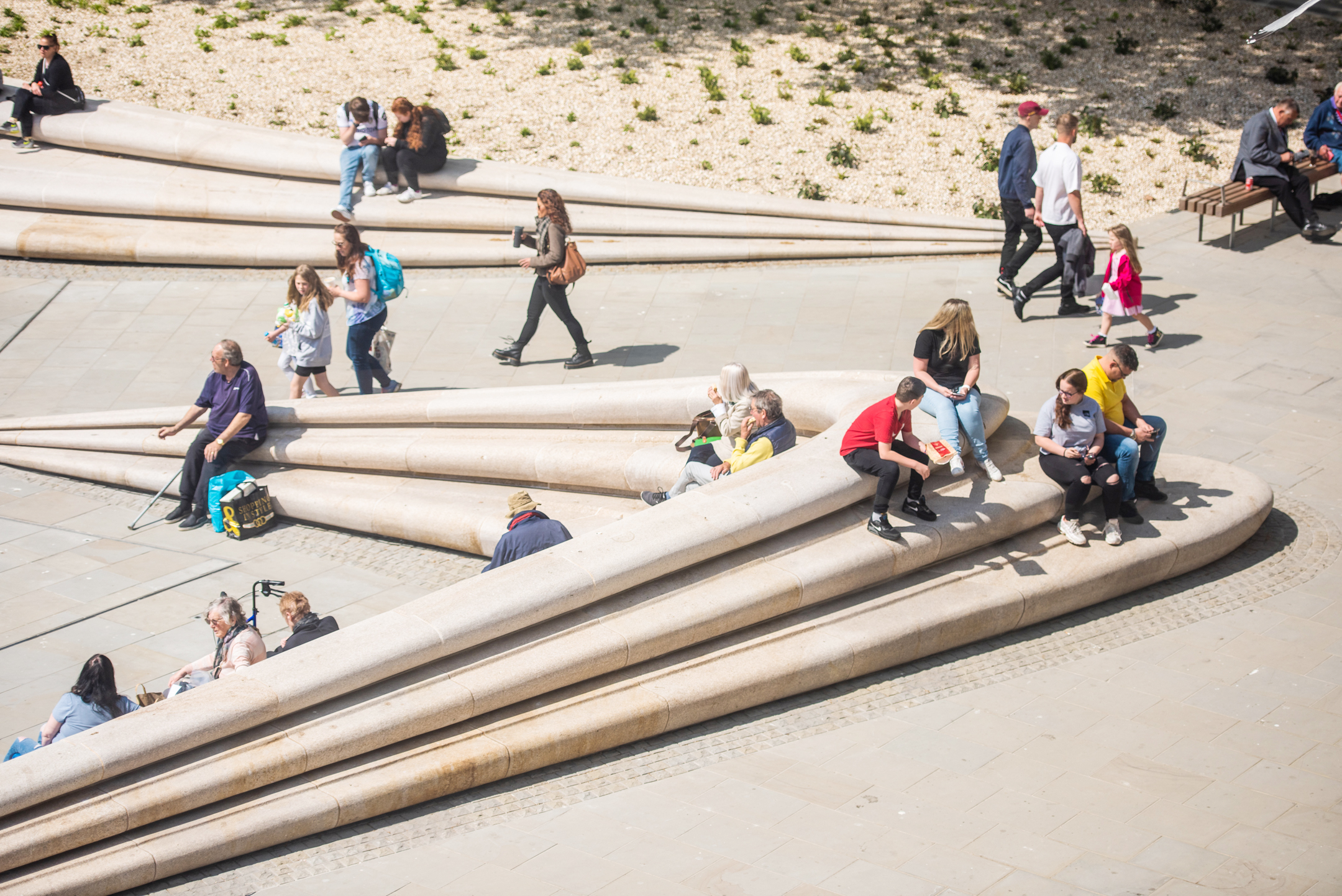 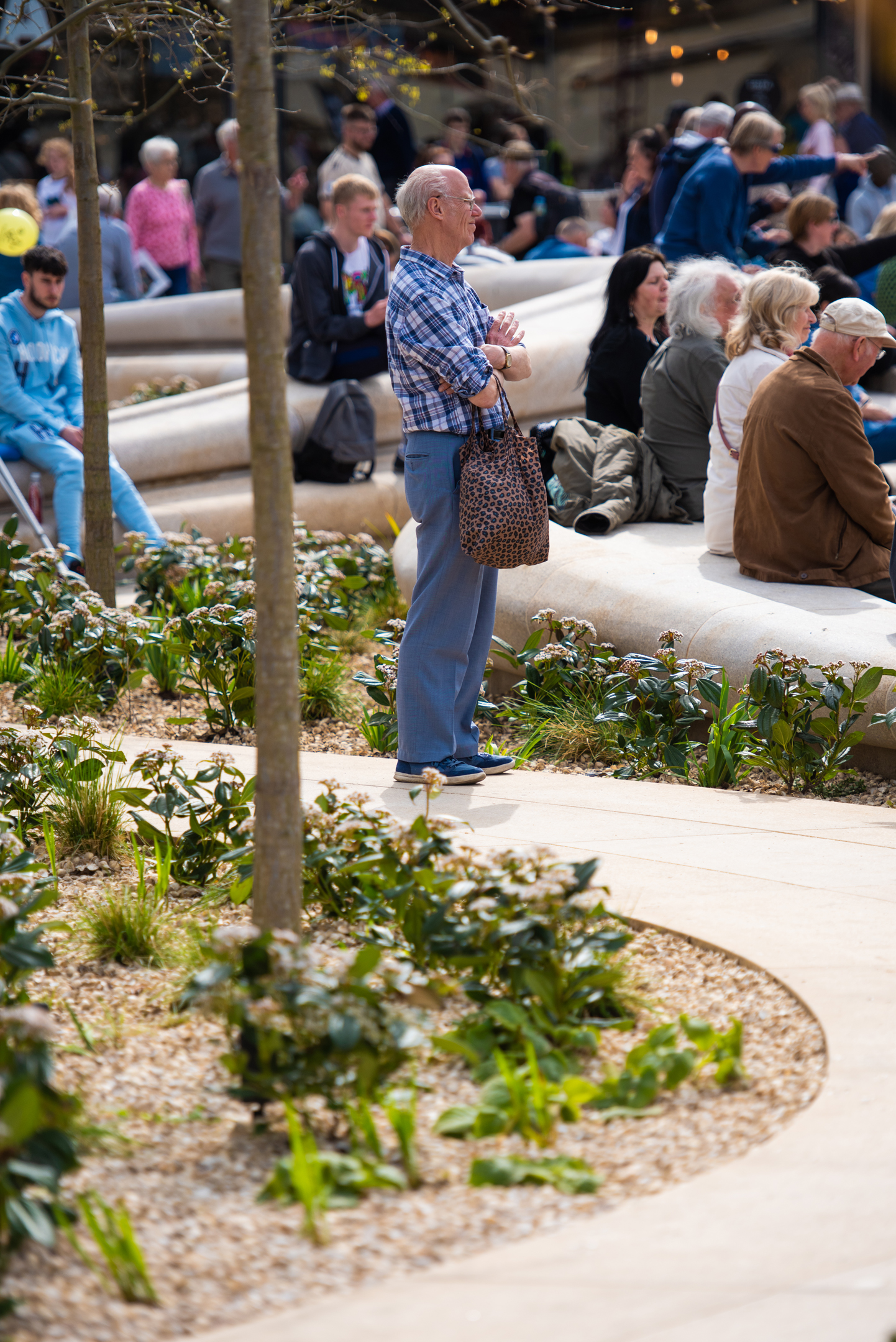 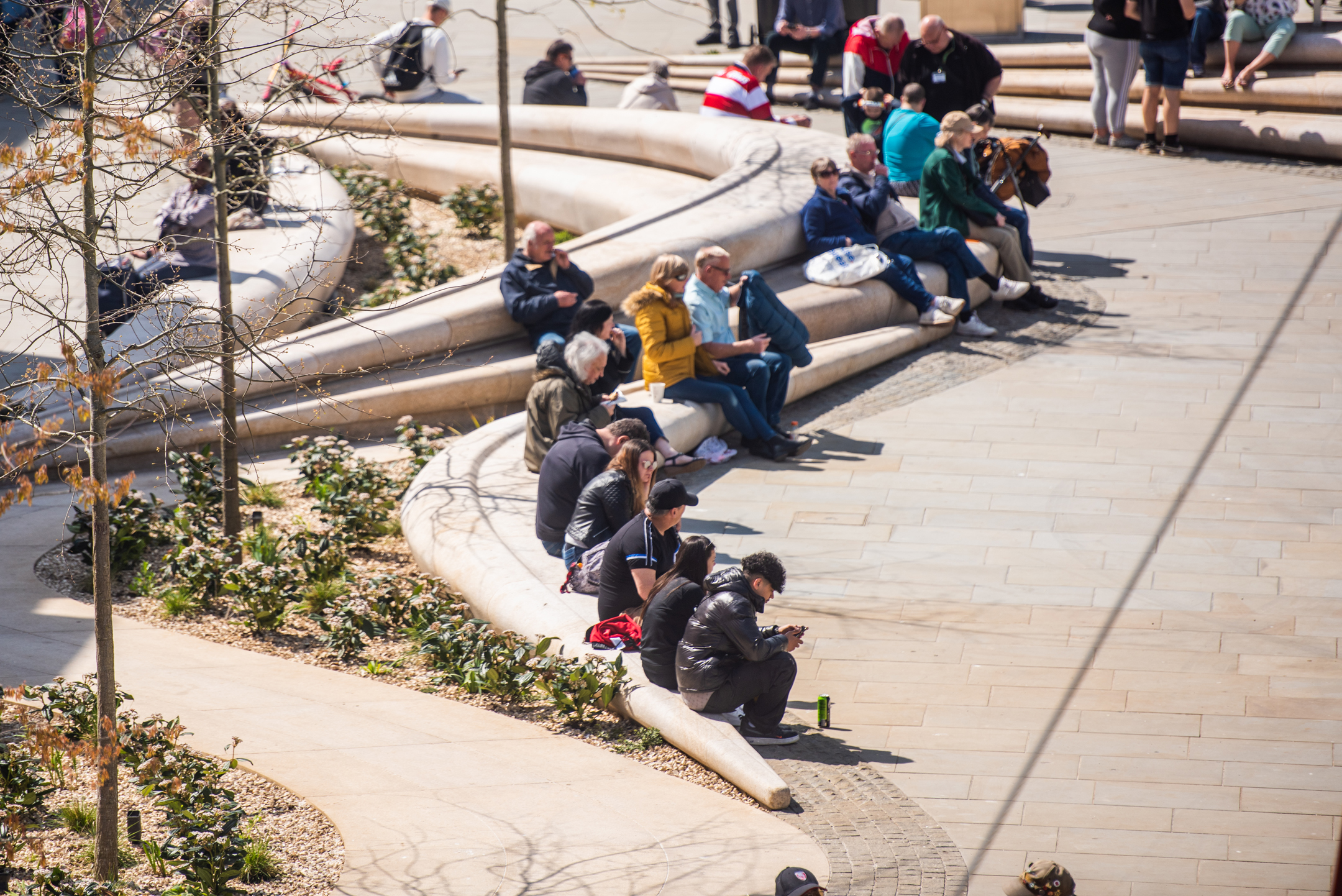 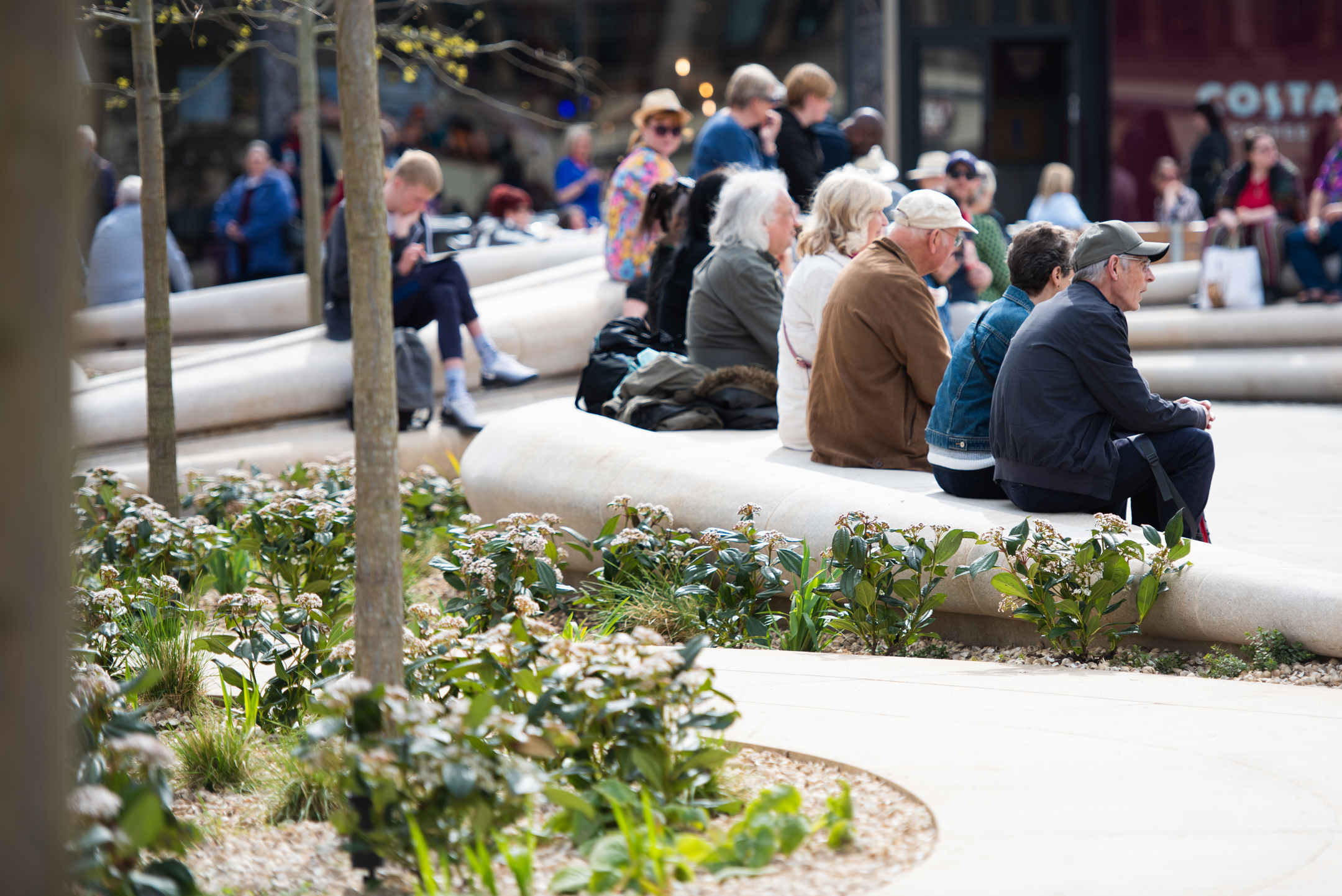 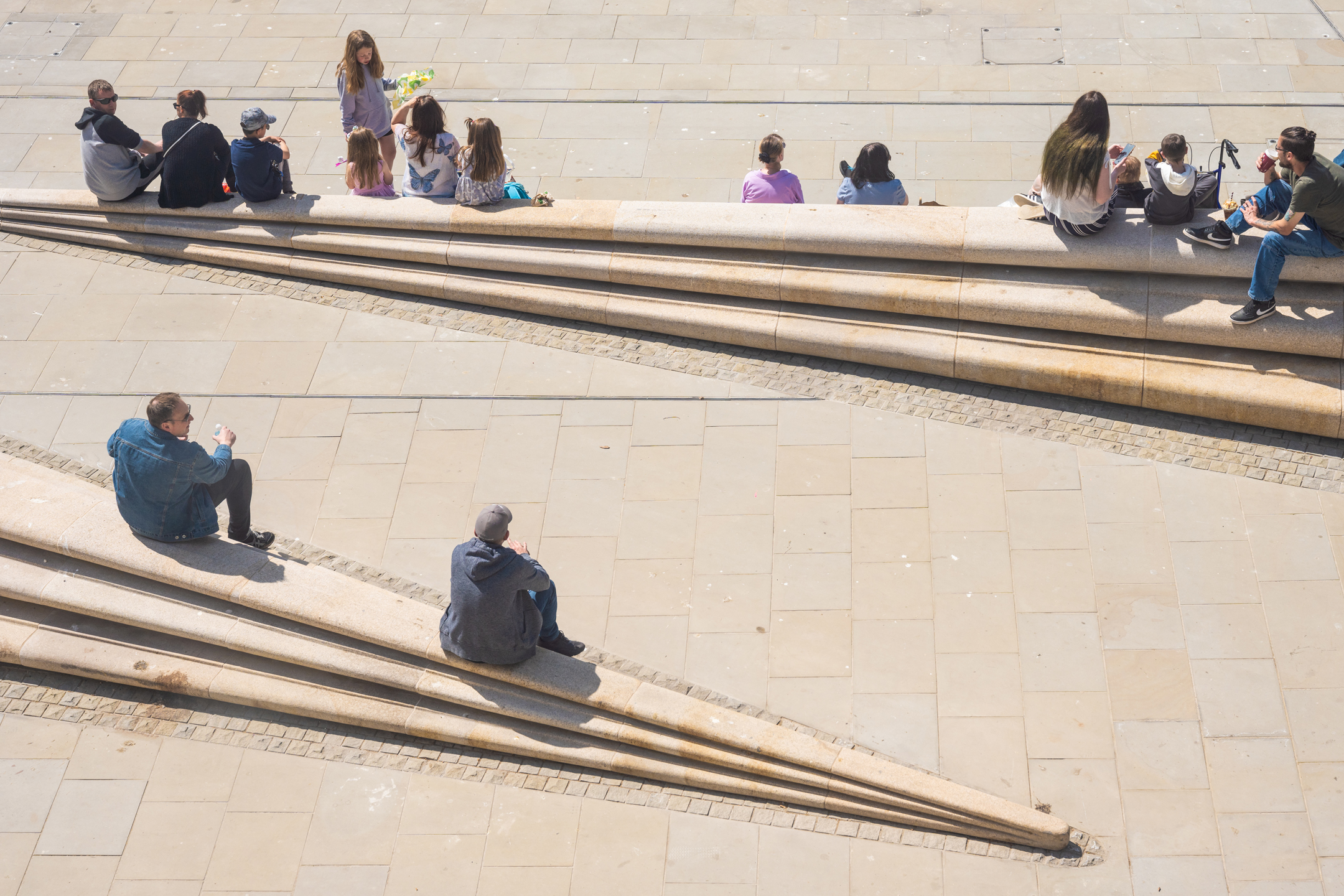 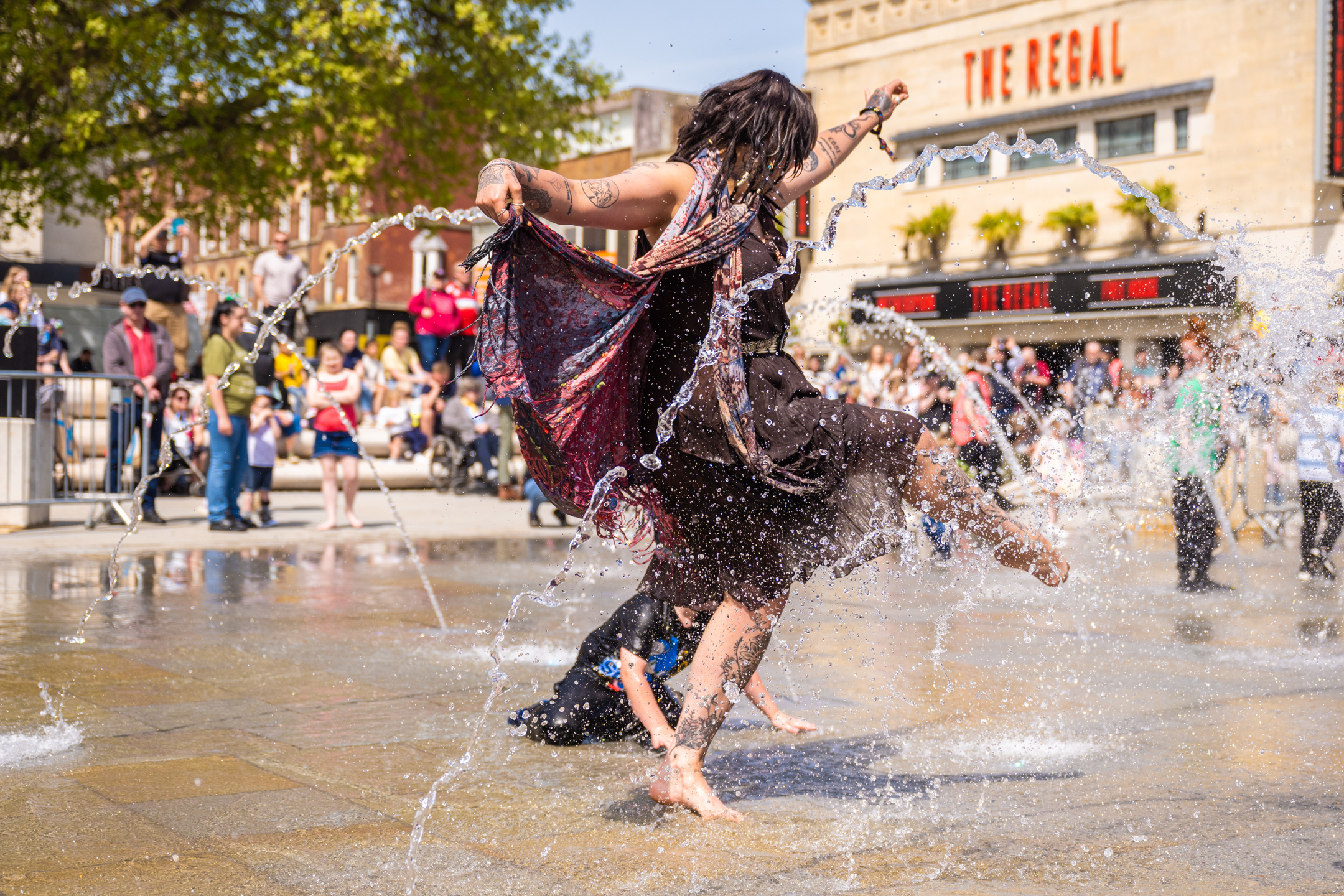 The design for Kings Square takes its inspiration from the world famous Severn Bore, a spectacular tidal surge which occurs along the South West’s Severn River. A naturally occurring phenomena, the Severn Bore is one of the highest tidal ranges in the world. People travel from far and wide to surf or kayak the tidal bore and many more come as spectators.

Inspired by the beauty of the bore and the excitement it creates, Kings Square is defined by a series of sculptural stone waves which flow around the four edges of the square. Weaving through the trees and soft landscaping the waves create a range of spaces from small pocket gardens to larger amphitheatres. As they rise and fall they create an interactive landscape for play including spaces for exploring and performing. The stone waves also provide the functional requirement of seating and steps whilst guiding visitors to the centre of the square where a series of choreographed jet fountains are located. The fountains can be sequenced in different ways to reflect the changing nature of the River Severn. At times, like the bore, they are energetic, encouraging children to play among them, at other times they are calm and relaxing. With the fountains turned off the centre of the square is converted into a flexible event space which can be used to support Gloucester’s rich creative community and transforms the square into a cultural destination for large events such as concerts and food markets.

Building on the city’s historic heritage of ornate stone masonry, the sculptural edges are formed from a warm brushed granite and will incorporate subtle fluting details to create a contemporary interpretation of the beautiful Gothic architecture of the surrounding city. The sculptural edge also incorporates hidden lighting elements which follow the gentle curved geometry of the stone, transforming the square at night with a subtle, inviting glow. Lights will also be integrated into the fountains where they will interact with the water to create a welcoming evening atmosphere. Continuing the use of natural materials, the horizontal surface treatment of the square will be local Forest of Dean pennant and incorporates large areas of soft landscaping which references the beautiful local countryside whilst encouraging biodiversity and providing sustainable drainage.