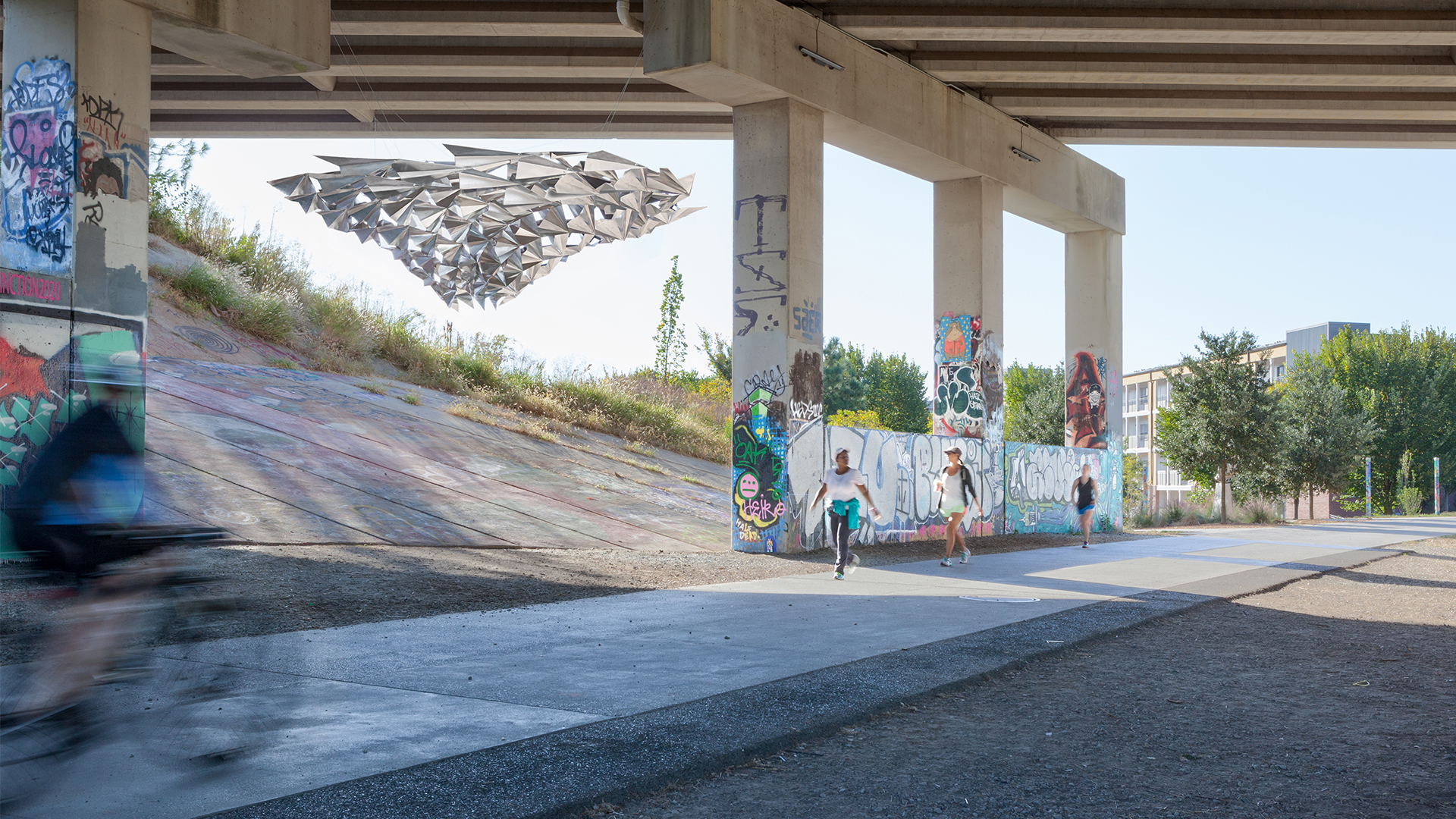 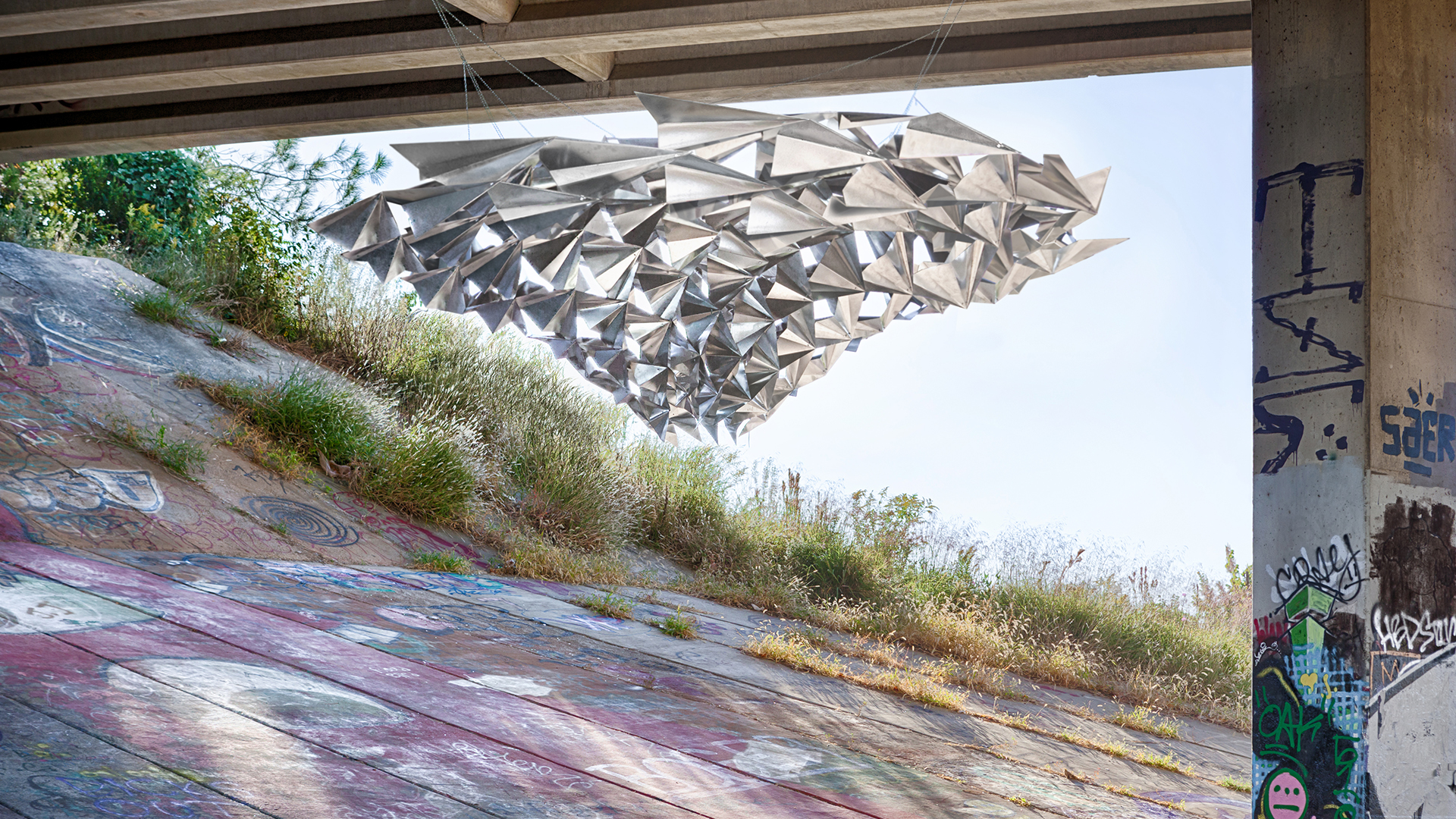 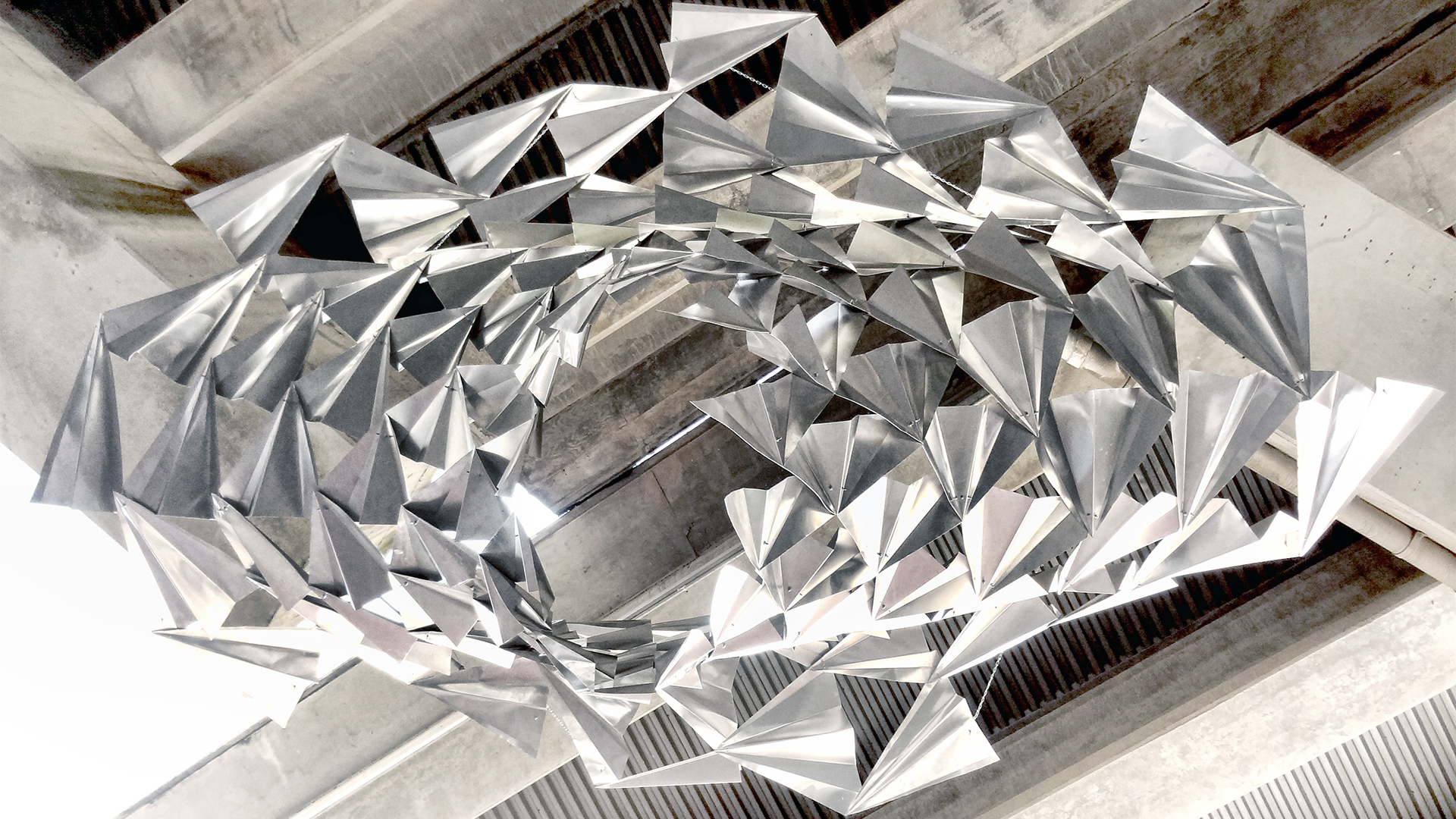 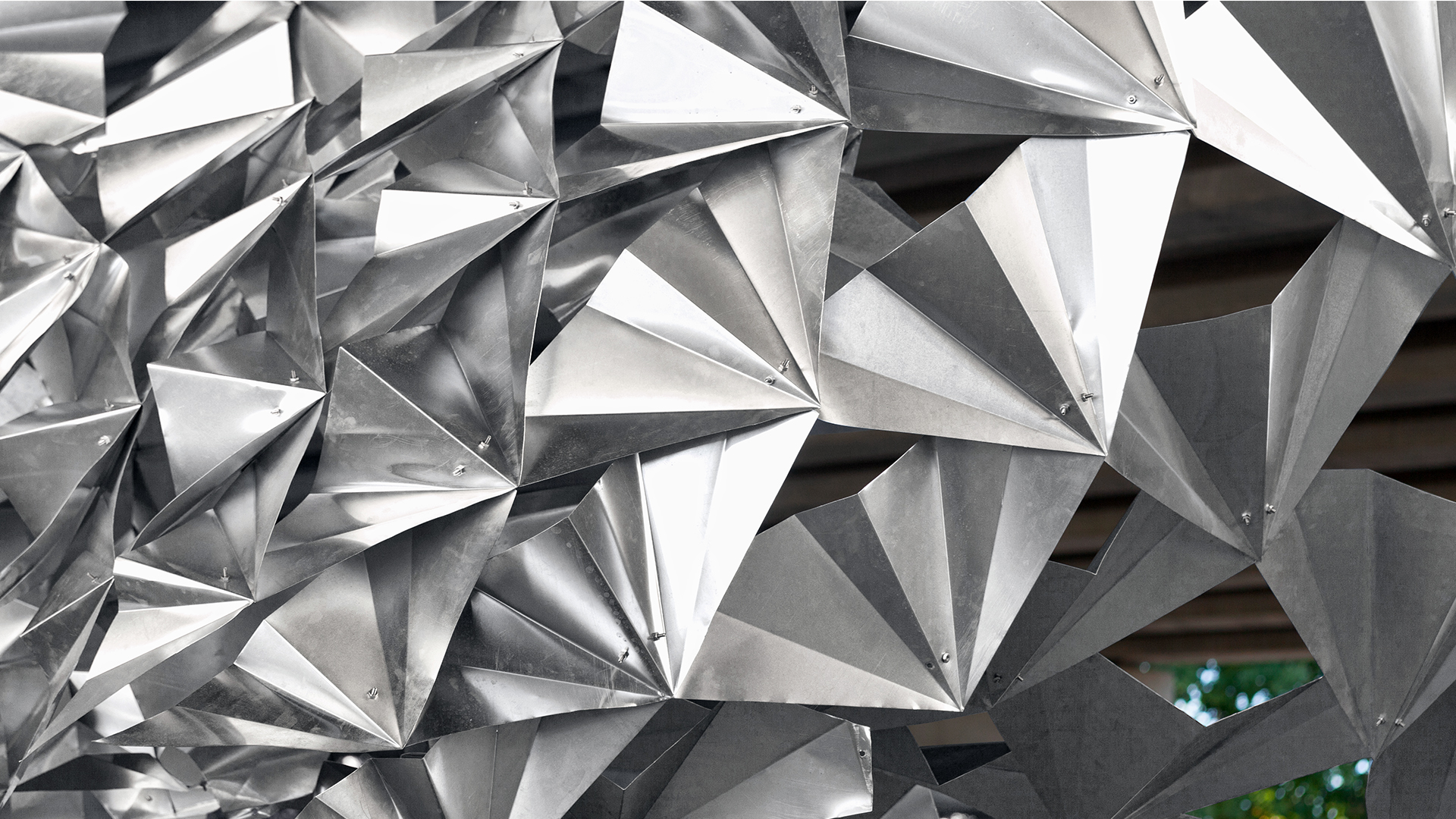 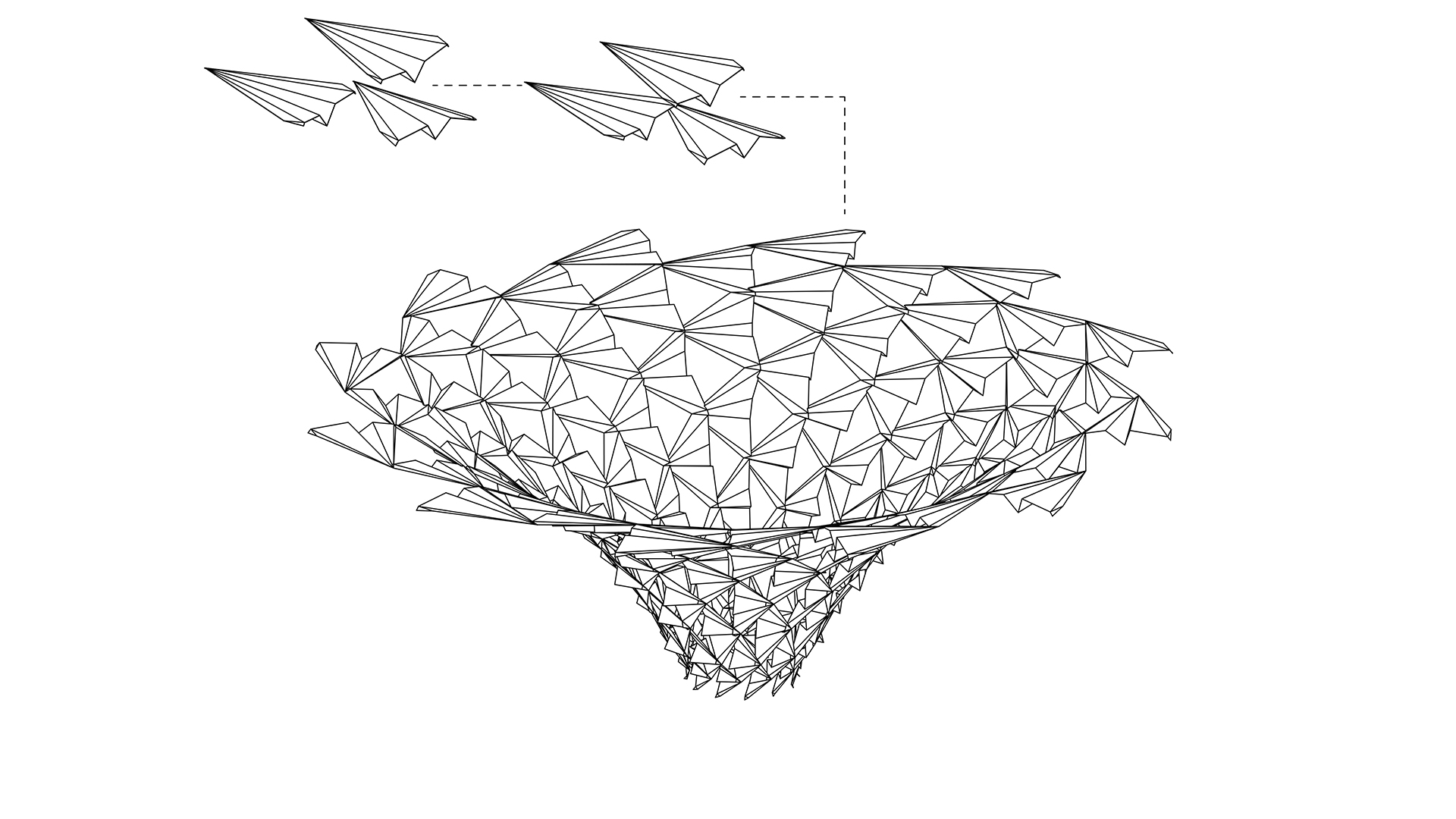 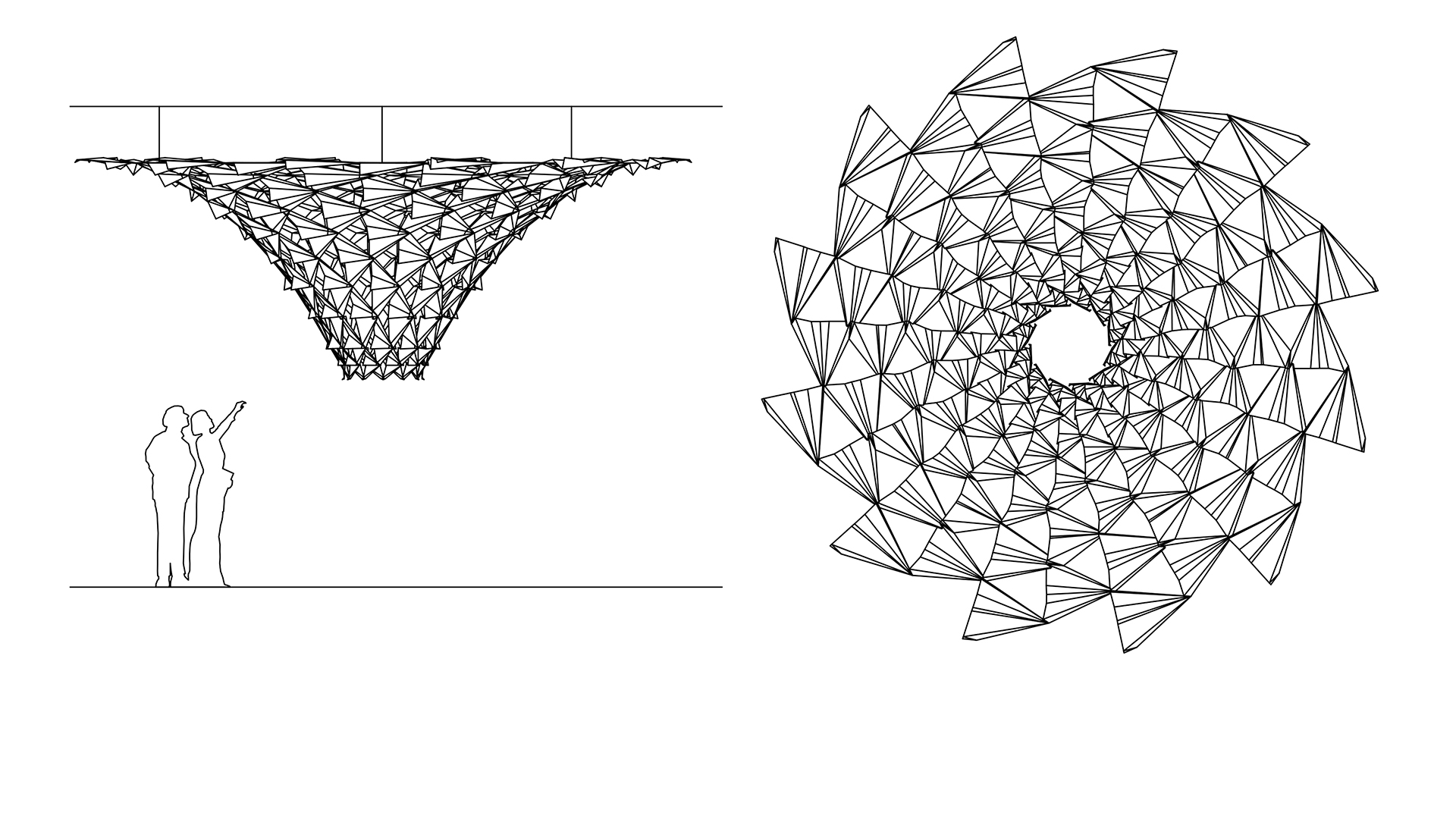 Art on the Atlanta BeltLine

Holding Pattern is a large hanging sculpture formed from 137 planes folded from sheet aluminium. The planes are arranged in a dynamic vortex, spiralling down from above. The sculpture was installed as part of the 2016 Art on the Atlanta BeltLine event, the largest temporary art exhibition in the south of the United States.

Holding Pattern was situated under Freedom PKWY along the busy Atlanta BeltLine trail, a system of parks and trails that reclaims a 22-mile loop of historic rail lines around Atlanta’s core. As visitors walk past and view the installation from different angles, the planes appear to shift like frames in an animation, spiralling down towards the ground.

The sculpture was constructed from 1mm thick aluminium sheets cut to 12 different sizes and folded into a simple paper plane shape. Each plane is connected to its neighbour by a bolt in the tip of the wing and the nose of the plane.

Holding Pattern acknowledges the important role that transport has played in helping to make Atlanta the world-renowned city that it is today. A hub for rail and air transit, transportation has made an important contribution to Atlanta’s rich social, cultural and economic significance, both past and present. This network has not only disseminated goods, but also people, their cultures and their ideas for change and progress. Holding Pattern celebrates the national and international significance of Atlanta’s Hartsfield-Jackson airport, the busiest passenger airport in the world.